On Sunday 10/5/2014 @ 1939 hours the Hebron VFD was dispatched for a reported MVC with Rescue. Car-5 arrived on location with a single vehicle MVC, car on its roof and in a ditch. 515 (Beach) established Old Railroad Rd. command. Ladder-5 arrived and quickly went to work with the Hurst tools and were able to remove the patient after removing two doors. 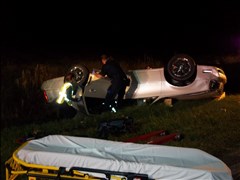 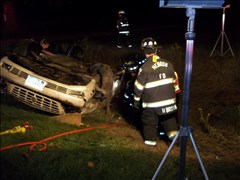 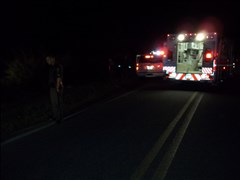 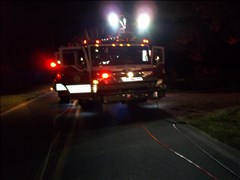 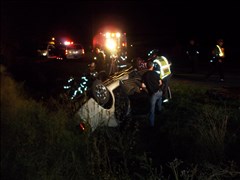 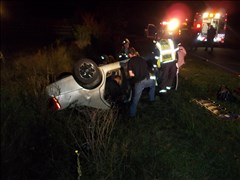